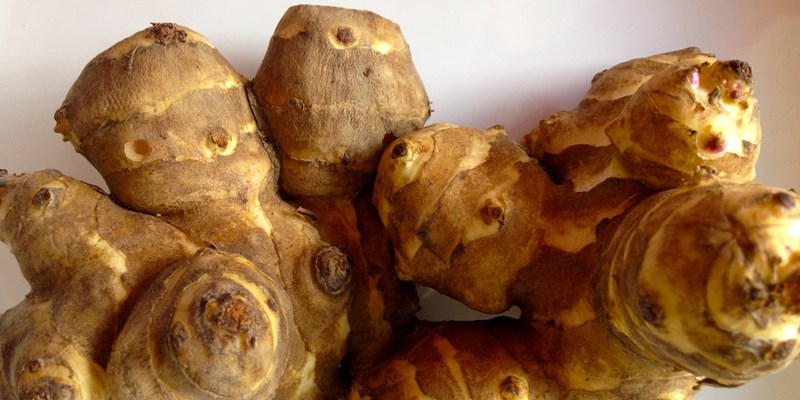 Jerusalem artichokes are available in short supply from April to August.

Store in the refrigerator. Handle with care as they bruise easily and wash before eating.

Despite its name, the Jerusalem artichoke has no relation to Jerusalem. It is not a type of artichoke but a tuber, the root of a type of sunflower. Originally it is from North America, where it is usually called a sunchoke.